Behind the Scenes Photos Show Film’s Stars at Manor College

If you’ve ever watched a Blue Jays’ basketball game in the Manor College gym, you were sure to recognize the familiar blue curtains and dark wood decor in the trailer for Adam Sandler’s newest movie, ‘Hustle.’

The film, which debuted on Netflix on June 8, stars Sandler and NBA players Juancho Hernangomez and Anthony Edwards. The crew spent four days filming at Manor College in September 2021. The scene, in which Hernangomez’ character has his first run-in with Edwards, plays a pivotal role in the film.

Here are some photos, courtesy of Netflix, showcasing life on set and Manor’s role in the film. 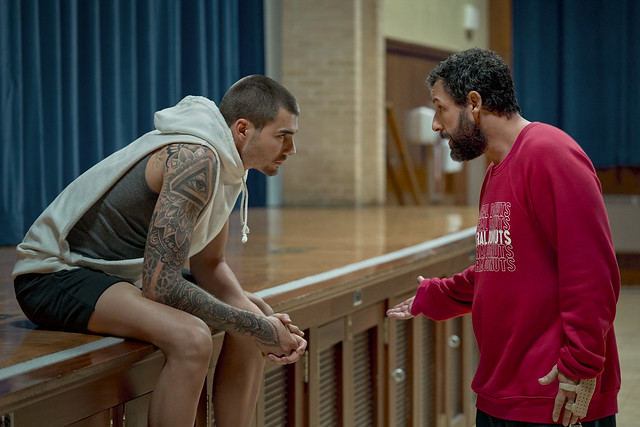