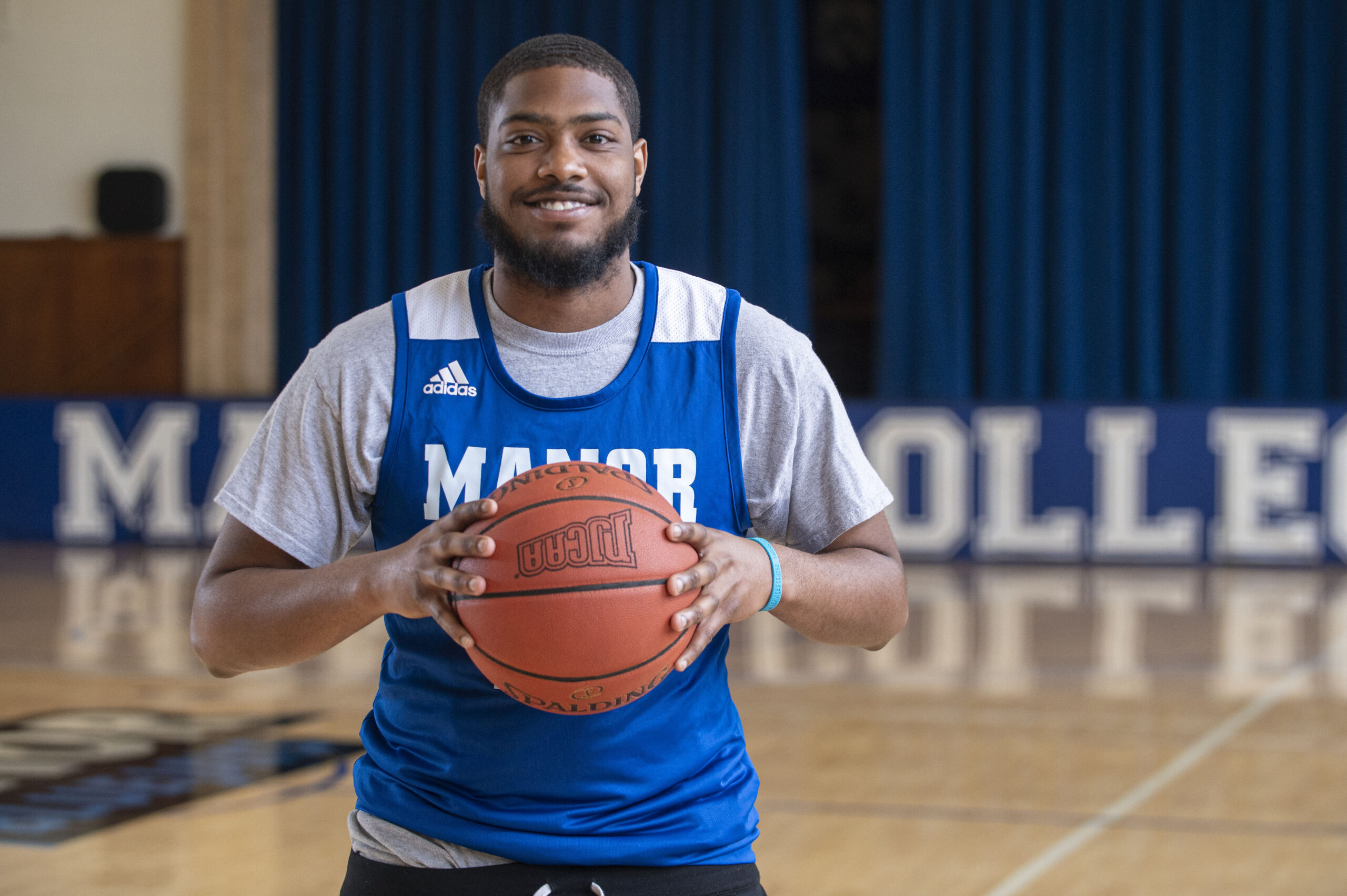 Anthony Floyd isn’t afraid to admit he’s a bit of a class clown. His jokes aren’t malicious, they’re meant for everyone to have a good time.

Floyd’s most memorable one came when an eighth grade teacher dropped a mint from his mouth while teaching. Floyd said quickly, “How’s your breath so bad that the mint falls out.”

His classmates burst out laughing. The teacher joined in. The joke was so memorable that teachers brought it up again at eighth grade graduation.

While Floyd has always been his natural self, a near-death experience in January gave him a new lease on life. He was involved in a car accident in January and his truck flipped over. His car was on fire and his door was jammed. He escaped through the window.

“When I sit down and recall what happened, I almost died,” Floyd said. “You only get one life. Make an impact while you’re here and don’t be comfortable just being another person.”

Floyd came to Manor College from the Frankford section of Philadelphia after graduating from George Washington Carver High School. He graduated from Manor College in May with his Bachelor’s Degree in Criminal Justice.

Floyd first heard of Manor College from a high school friend. He had a desire for teachers to know him and not be lost in a large class. Manor College lived up to its reputation.

During his freshman year, he took an ethics class with Dr. Cherie Crosby. His relationship with her didn’t fizzle out after class. Dr. Crosby still comes up to him on campus and says, “You got taller!”

“She went out of her way to build that relationship,” Floyd said. “For her to remember me and talk to me, she supports us so much.”

Along with his advisor, Mary Sims, who “went out of her way to make my four years easier,” Floyd said the pair are examples of professors going above and beyond.

“People here go out of their way to make you feel like you’re a person and not just a number,” Floyd said.

As he prepares to leave Manor College, Floyd will miss the college community, especially those on the basketball team and in the residence hall.

Since Manor College restricted the number of residents on campus during COVID, those who were on campus remained very close.

“All we had was each other,” Floyd said. “The school is too small to be fighting. We were just cool from the beginning. We’re all here to get our degree and keep it pushing.”

That community only grew stronger when the basketball team traveled to the USCAA National Championship in March. The team played the NBA2K video game together and, for the first time, all ate together at the same table.

“That’s when you get your best laughs,” Floyd said. “Months later, we’re still talking about all the fun we had in Virginia.”

With his degree completed, Floyd is looking to pursue a career in criminal justice. He hopes to go back to school and become a lawyer or a judge. For the time being, he hopes to become a security officer at Manor College.

“I have a real connection with Manor,” Floyd said. “People know me here. I’m comfortable here. I want to keep making an impact here.”