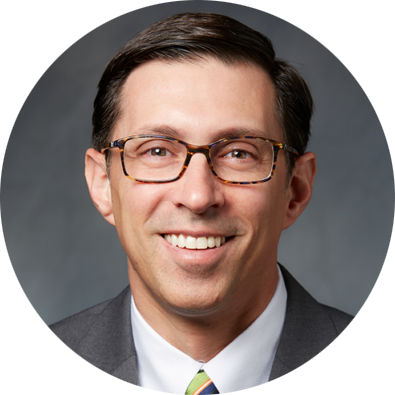 
More About Dr. Jonathan Peri:
Jonathan Peri is the President of Manor College in Jenkintown, Pennsylvania. Since Peri became President in 2015, the college has ascended in the key attributes that students and parents seek: affordability, access, educational quality, career readiness, and safety. As evidence of this, Manor College became the Best Priced private college in the Commonwealth of Pennsylvania. Manor also makes college accessible because 94% of its students receive financial aid and scholarships. Manor’s excellent educational quality is evidenced by the individualized attention students receive with a four-year average student-to-faculty ratio of 10:1. Because of this depth of opportunity for guidance and mentorship from faculty, the college has a higher than national average starting salary ranking on the National College Scorecard. In 2017, Manor College scored highest out of area colleges included in a new study that measures colleges’ roles in intergenerational mobility, calculating the percentage of students who transition from lower to higher income brackets.  Additionally, Manor College has been named as among the safest colleges in Pennsylvania by multiple sources.

Peri’s philosophy is that mission comes first, but without proper resources, mission cannot thrive. Therefore, his approach is fiscally conservative and he seeks out opportunities for institutional development and planned growth. To this end he has led dramatic changes to Manor’s campus, from updating facilities without creating new costs or debt, such as the renovation of the campus library, to rebranding the college’s logo, tagline, athletics logo, and completely resetting the college’s website to be new, fresh, and mobile friendly in an age where many students are completing at least some of their college applications from their mobile devices. Peri also led Manor’s transition from a solely associate’s degree granting college to a bachelor’s degree granting institution.

Peri leads and is engaged with many community boards, especially educational. He may be the only current gubernatorial and senatorial appointee to six different state educational boards, including Pennsylvania’s Board of Education and its Council on Higher Education. He is one of three members of the Board of Education’s committee that effectively accredits the accreditors, such as Middle States.

Prior to serving as Manor College’s president, Peri was the Vice President and General Counsel at Neumann University for ten years. He served on the Executive Team and was involved in many major institutional decisions and strategic planning. He was faculty ranked as Assistant Professor at Neumann and developed and taught courses through the Ph.D. level at Eastern University. He also led Neumann’s Center for Leadership speakers series, presenting pervasively in areas of leadership, governance and higher education. Prior to Neumann, Peri was an attorney with a large regional law firm, a special prosecutor, an assistant prosecutor, and in private practice. He is past president of the 1,200 member Delaware County Bar Association.

Peri has written several published articles. He graduated from Villanova University, Widener University – Delaware Law School, and in late 2017 he earned a second doctoral degree through Eastern University’s Organizational Leadership Ph.D. program, with an education concentration. The makes him one of approximately .00054% of people globally with the credentials Ph.D., J.D. and attorney.  Peri has received numerous community awards and accolades, including UDCOC’s Person of the Year and Widener’s Outstanding Service Award.