The work of several faculty and staff at Manor College will create a natural resource for the institution’s Bird Feed food pantry. 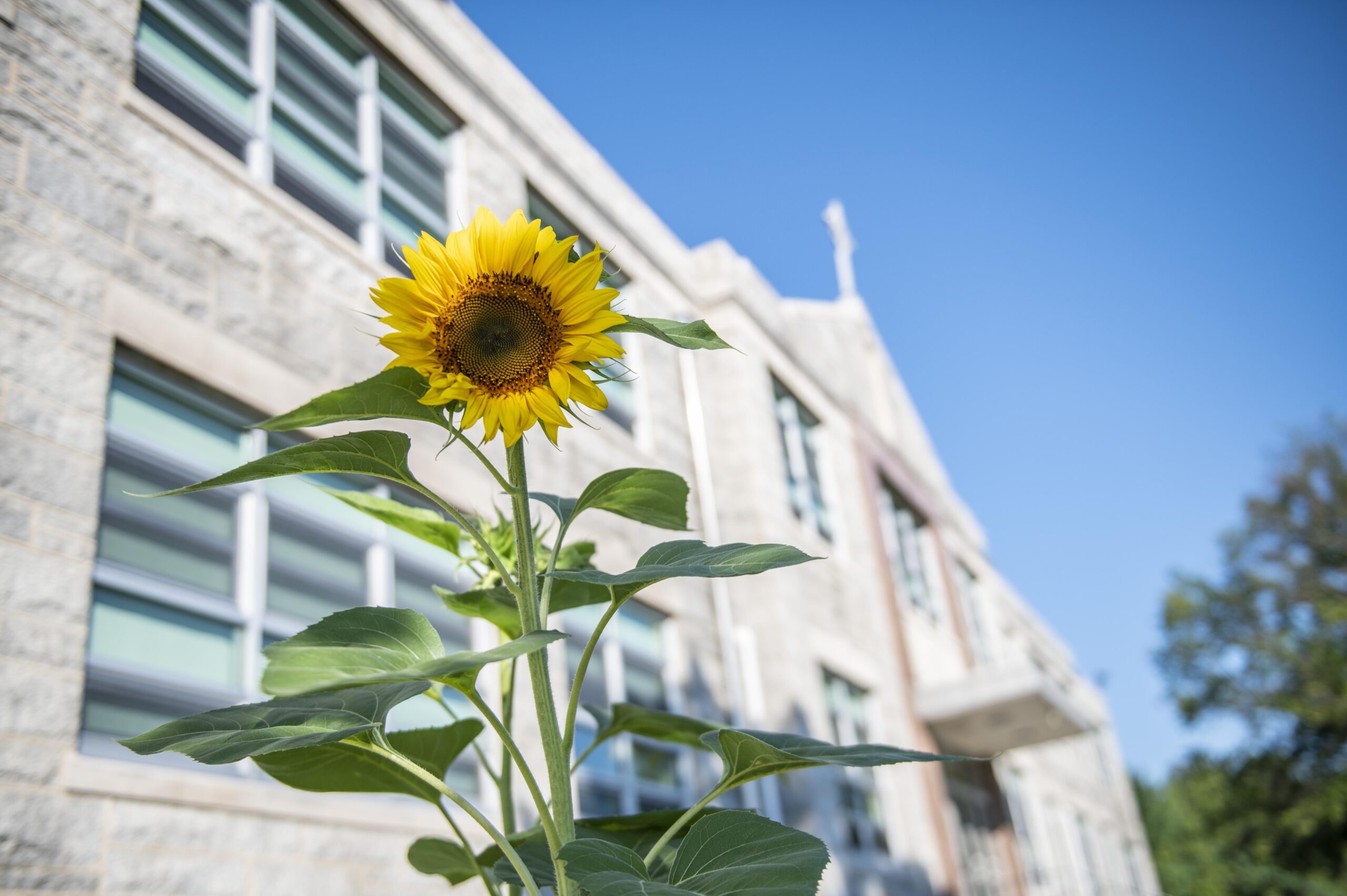 A Garden Grows at Manor College! Okay, maybe it won’t be as well known as the novel, A Tree Grows in Brooklyn, but over the summer, several Manor College staffers grew a sizable garden in the front of Mother of Perpetual Help Hall.

The idea for the community garden stems from Manor College’s Head Librarian Richard Jutkiewicz and Chair of Humanities and Social Sciences Mike Landis.

“The idea for the garden came from a string of conversations that we had in the past about sustainability at Manor College,” Landis said. “Rich’s vision and insight are essential because he has worked tirelessly to realize this idea.”

“I had been exposed to Urban Gardening through the work of ISLES, which does phenomenal work in educating and demonstrating the value of sustainability and food self-reliance,” Jutkiewicz said. “They introduced me to a fantastic TED Talk on the subject and that was the genesis of my interest.”

The garden is a venture that is a step in pushing a “Sustainable Manor” initiative. Fruits and vegetables harvested from the garden will go towards stocking Manor College’s Bird Feed, a full-service food and toiletry pantry on campus.

Currently, the garden is host to eggplants, radishes, winter squashes and other items. Some were recently harvested. Soon, Landis will plant kohlrabi and spinach, which students can harvest in the Fall semester. He hopes to create a student club aimed at fostering and maintaining the garden.

“The essence of the Community Garden is community,” Landis said. “The synergies and contributions of all people who make up the small Manor community and the regional community in which Manor participates can create special collaborations in the future.”

‘This is Who I Am’: Manor College Professor Finds Success through Communication