After more than three years of ambitious transformation at Manor College, its Board renewed President Jonathan Peri, Ph.D., J.D.’s contract nearly a year early.  When Peri arrived at Manor in late 2015, the college was facing financial challenges. Within seven months Peri led the college to a balanced budget, erased deficits, created significant excess revenues, and restructured debt by fiscal year end.  By fall 2017, and for the first time in about ten years, both enrollment and revenues increased. 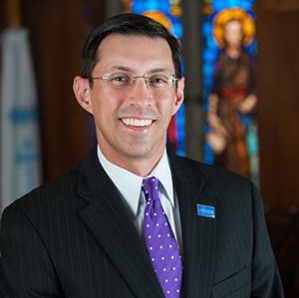 In fall 2018, Manor’s total student population skyrocketed, increasing by 125 students over the prior year.  Such an increase in the current marketplace of higher education is practically unheard of. Colleges in the region are facing decreasing and leveling-off college-going populations and tighter budgets.  There have even been reports of closures, but Manor is bucking the trend. Manor’s projections are for continued enrollment and revenue growth in 2018-2019 and beyond. It has become the best-priced private college in Pennsylvania, and is attracting new students.

“Manor’s renaissance resulted because Dr. Peri refreshed the cultural commitment to our mission; he is authentic, and he took decisive strategic action,” said Manor’s Board Chairman, Dennis McGrath.  Chairman McGrath is right: During Peri’s first three years at Manor, the Marketing Office was restructured and a rebranding campaign was successfully launched, the Admissions Office obtained energized new leadership, the Advancement Office was given new directives and resources enhancing fundraising, and major facilities improvements have happened thanks to a “Transforming Spaces” campaign.

“We know what the marketplace looks like in the region,” continued McGrath, “There are about a hundred colleges and universities in our backyard.  The competition for visionary higher education leadership is probably stronger here than in university-saturated New England. We renewed Dr. Peri a year early because his kind of talent gets recruited, and we were not going to let that happen.”

During Peri’s first term, Manor was named a “Top 5” Associates degree granting college in Pennsylvania.  Without letting go of that, Peri has just led the college to become both an Associates and a Bachelor’s degree granting institution.  Since he led the process for another regional college to move to university status, he may have designs on a similar future for Manor College.  As it is, Manor was recently listed in the Chronicle of Higher Education for having the 16th highest paid faculty in the country for a private Associates college.  So attracting and retaining talented faculty members is clearly on his mind. “Right now we’re working with our Board of Trustees and our entire campus community on our next vision statement as a lead-in to our next strategic plan ‘2021 and Beyond.’  Contract renewal a year early is a welcomed way to ensure consistency in that process,” said Peri. “Having a really wonderful Board, Chairman and a community who are deeply committed to our Basilian mission and our students makes every bit of difference. I feel so blessed to be at Manor.”

Since Peri’s been in office, Manor was named the among safest colleges in Pennsylvania, several times.  The college’s commitment to its Ukrainian heritage has grown, along with its commitment to campus-wide diversity.  The college is recognized for its 10:1 student teacher ratio, its higher than national average salary-after-graduation rate, and its student surveys show significantly higher satisfaction year over year.