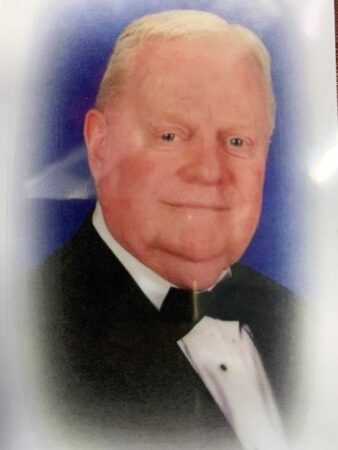 Manor College is saddened to learn of the passing of Hugh D. Boyle. Boyle, 83, passed away at Jefferson Abington Hospital on March 17, 2022.

Boyle served as a Civil War instructor in Manor College’s Adult and Continuing Education programs. The topics of his classes spanned from the life and death of President Lincoln, focused on First Lady Mary Lincoln, spoke to the role the Irish played in the Civil War and an explanation of Bleeding Canvas.

“He was a key figure in establishing the Civil War Institute at Manor College,” Nicholas Rudnytzky, Dean of Academic Services, said. “He was engaging, welcoming and had a talent for connecting with people. He will be missed.”

Although Boyle worked in sales for 30 years with DAS Distributors, Inc., his passion was history. He was an avid reader and history buff and co-published numerous essays and articles on the Civil War and Abraham Lincoln.

He served as the president and founding member of the Delaware Valley Civil War Round Table and as a president of the Grand Army of the Republic Museum.

Outside of his love for history, Boyle enjoyed listening to music and spending summers with his family down the beach.

Boyle is survived by his wife, Rosemary, two sons, Sean and Patrick and several grandchildren. In lieu of flowers, memorials in his memory can be made to the Grand Army of the Republic Civil War Museum, 8110 Frankford Ave., Philadelphia PA 19136.

We’d like to thank Boyle for bestowing his knowledge upon students at Manor College and he shall be dearly missed. May he rest in peace.