Manor College has evolved over the course of 75 years, from a farmhouse converted into schoolrooms to the growing campus you see today.

Take a look at Manor College’s physical history throughout our 75 years. 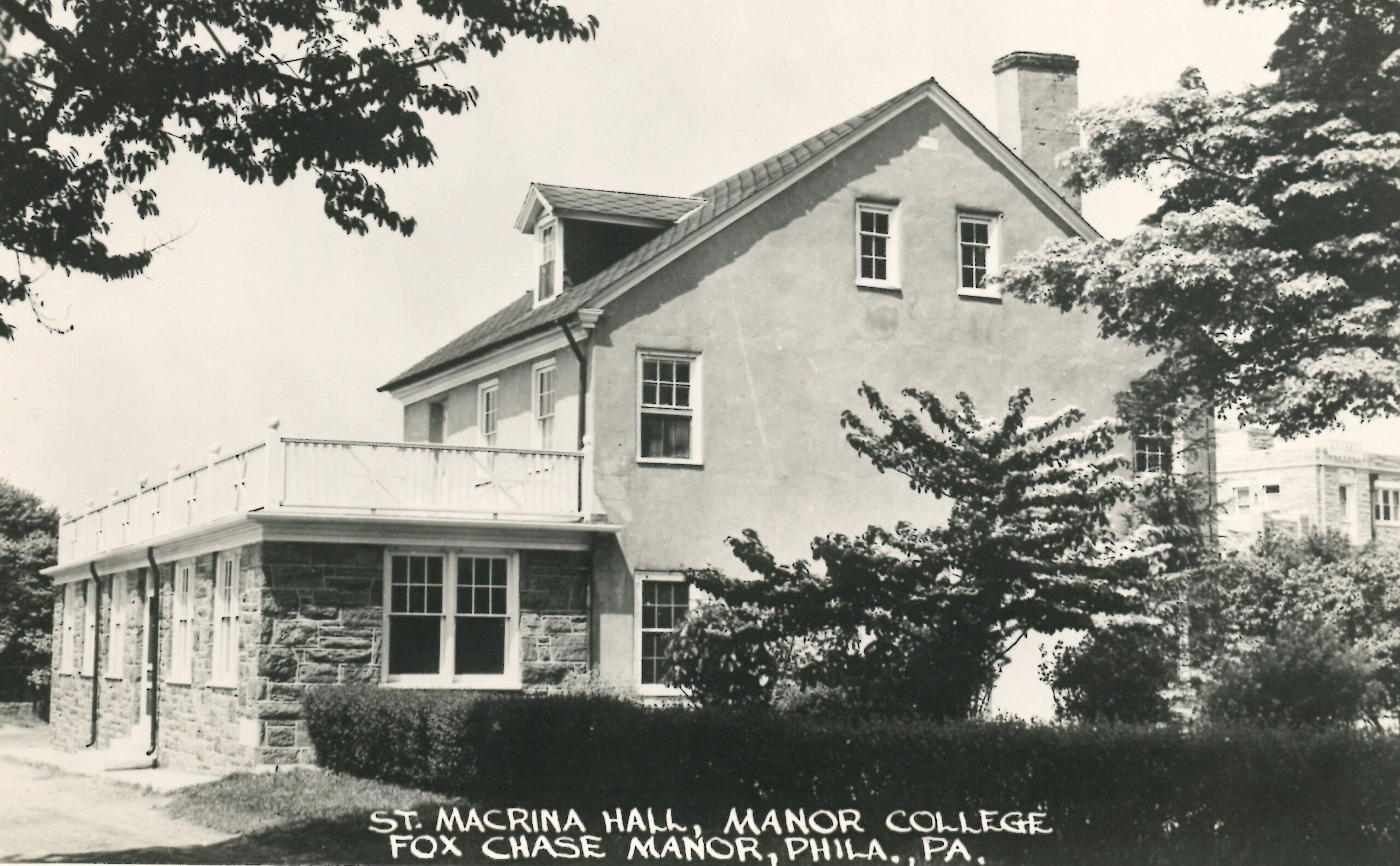 The Sisters of St. Basil the Great taught the first (11) students of Manor College (then known as St. Macrina College) at St. Macrina Hall. The farmhouse, known by many as the “Yellow House” was bought by the Sisters in 1924 and functioned as the Motherhouse of the sisters. In 1947, it was converted to into classrooms with rooms that overlooked the adjacent farm. 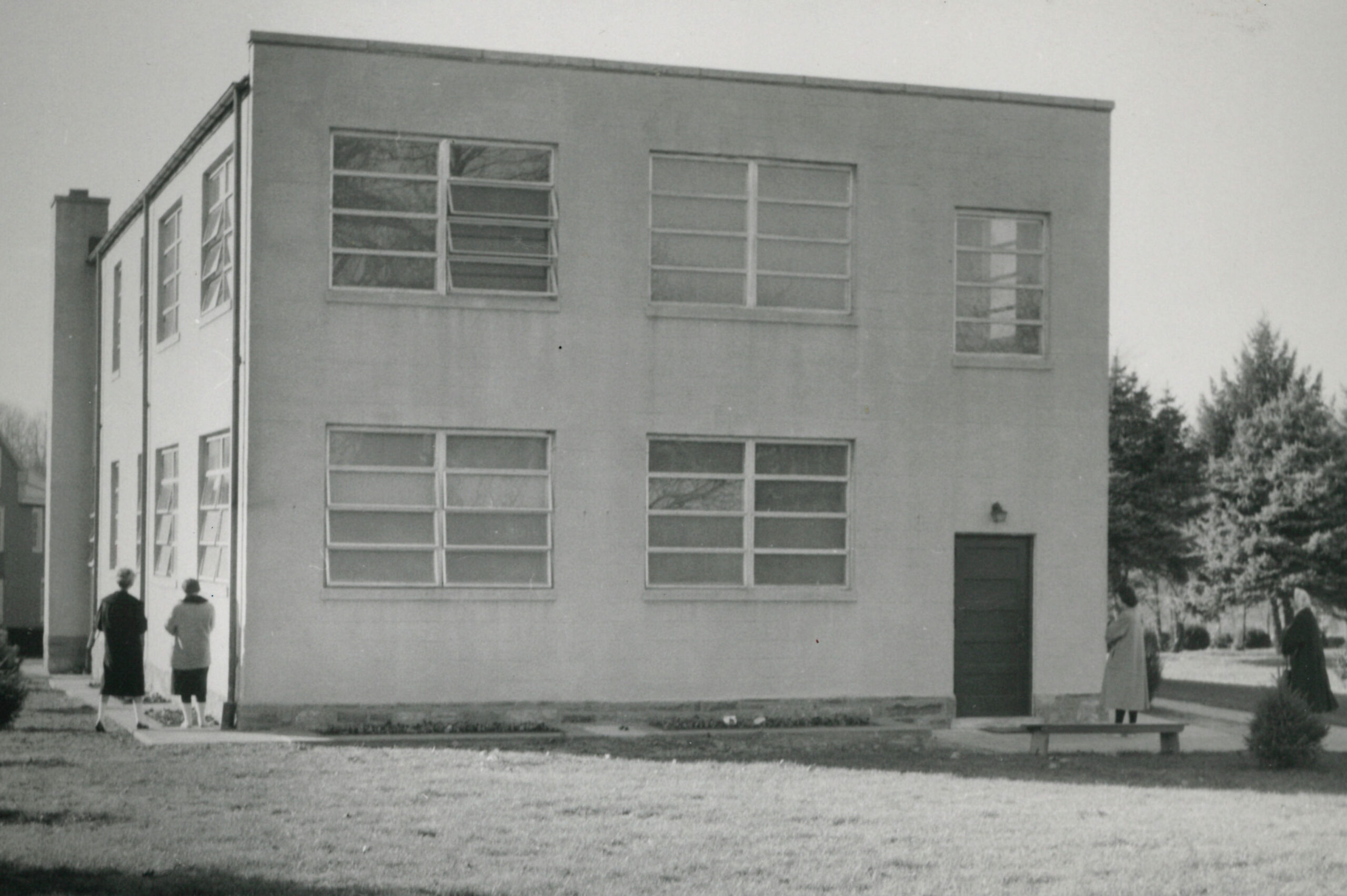 Adjacent to St. Macrina Hall was the Sacred Heart building. The building was home to additional classrooms dedicated to science labs and typing instructions as well as a cafeteria. 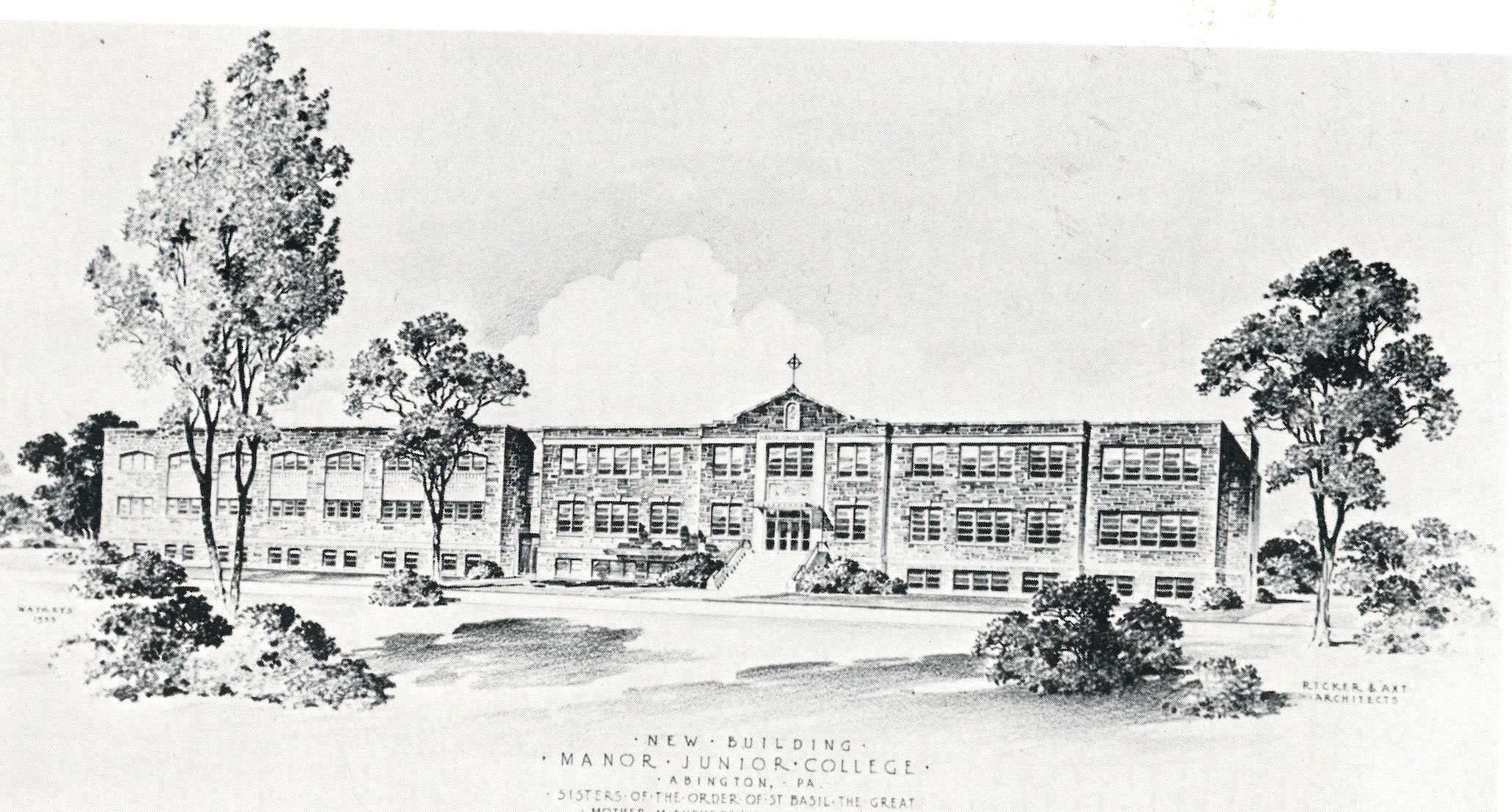 As the need to expand campus grew in 1958, Manor College worked with an architect to develop a new classroom and gymnasium space. Here’s the first vision of Mother of Perpetual Help Hall in a sketch drawn by the architectural firm Ricker and Axt. 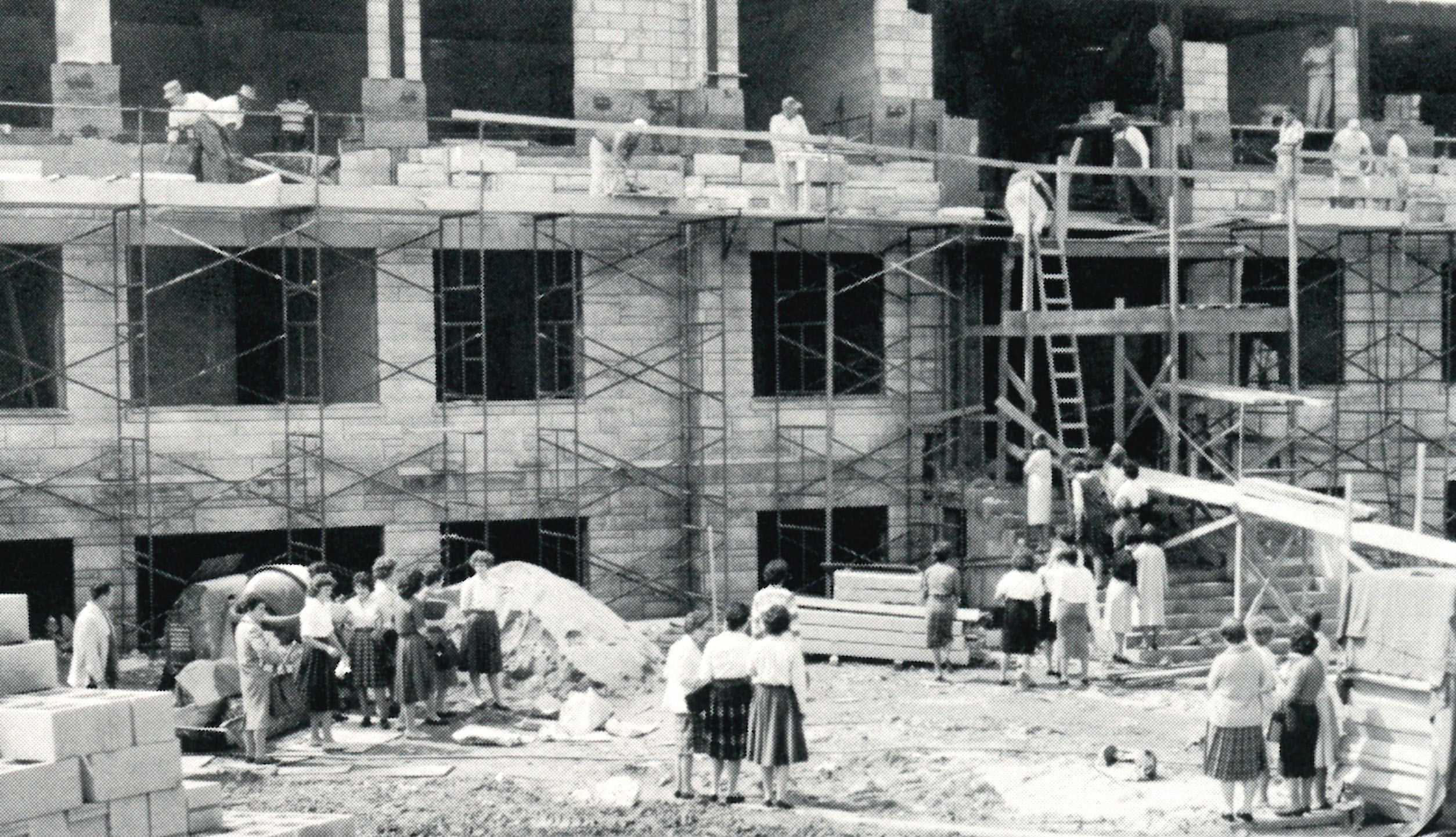 Work on the building began in 1960. Here, students observe as workers build the three-story building. 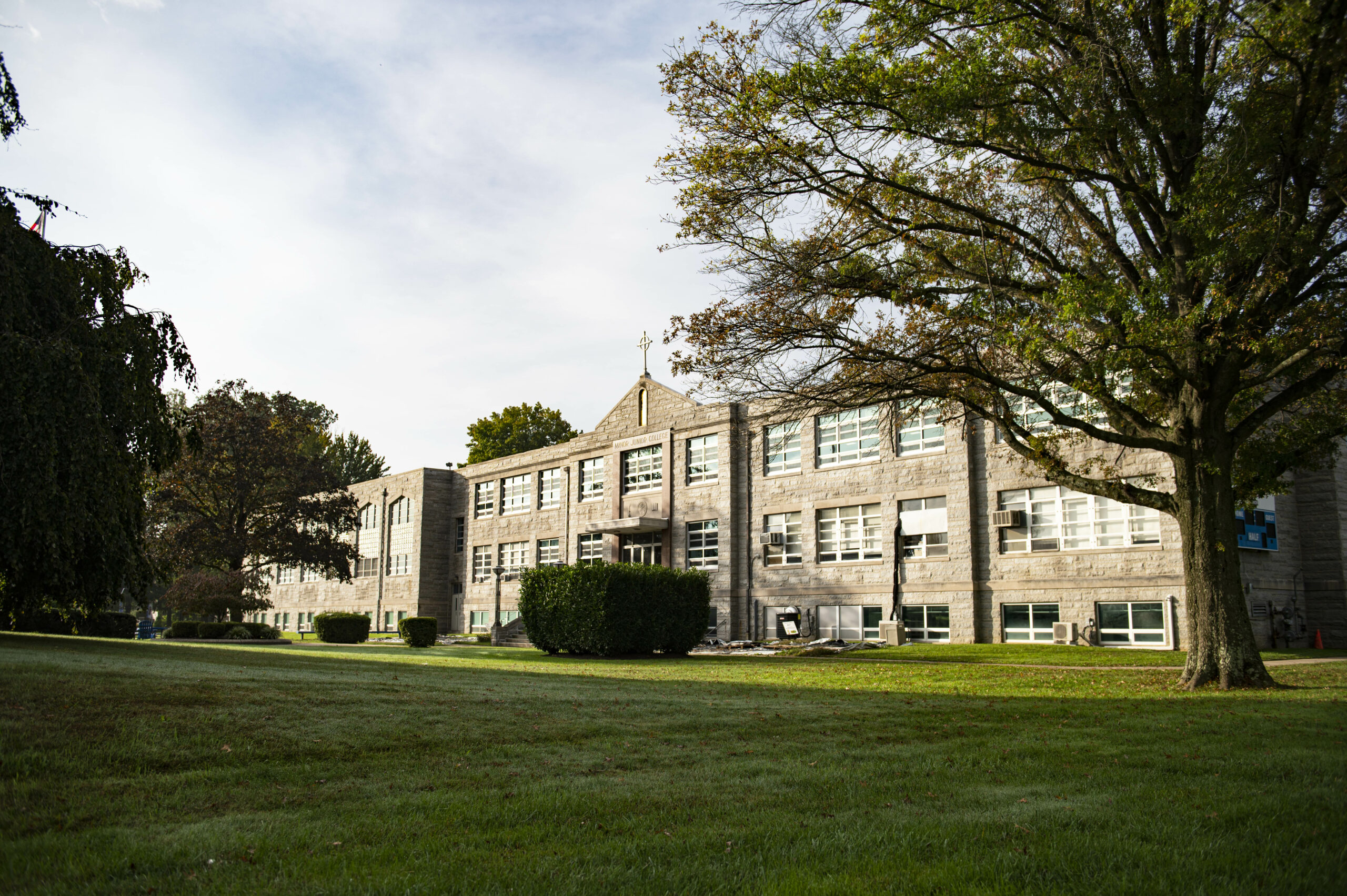 In 1961, the building opened its doors to students. Mother of Perpetual Help Hall became the face of Manor College along Fox Chase Road. A ceremony that year reportedly drew 20,000 people to campus to commemorate the building’s completion. In the last year, the building has received numerous upgrades, including physical and technological upgrade to the facility. Today, it’s home to many of Manor’s classrooms, as well as the veterinary technology suite on the first floor. 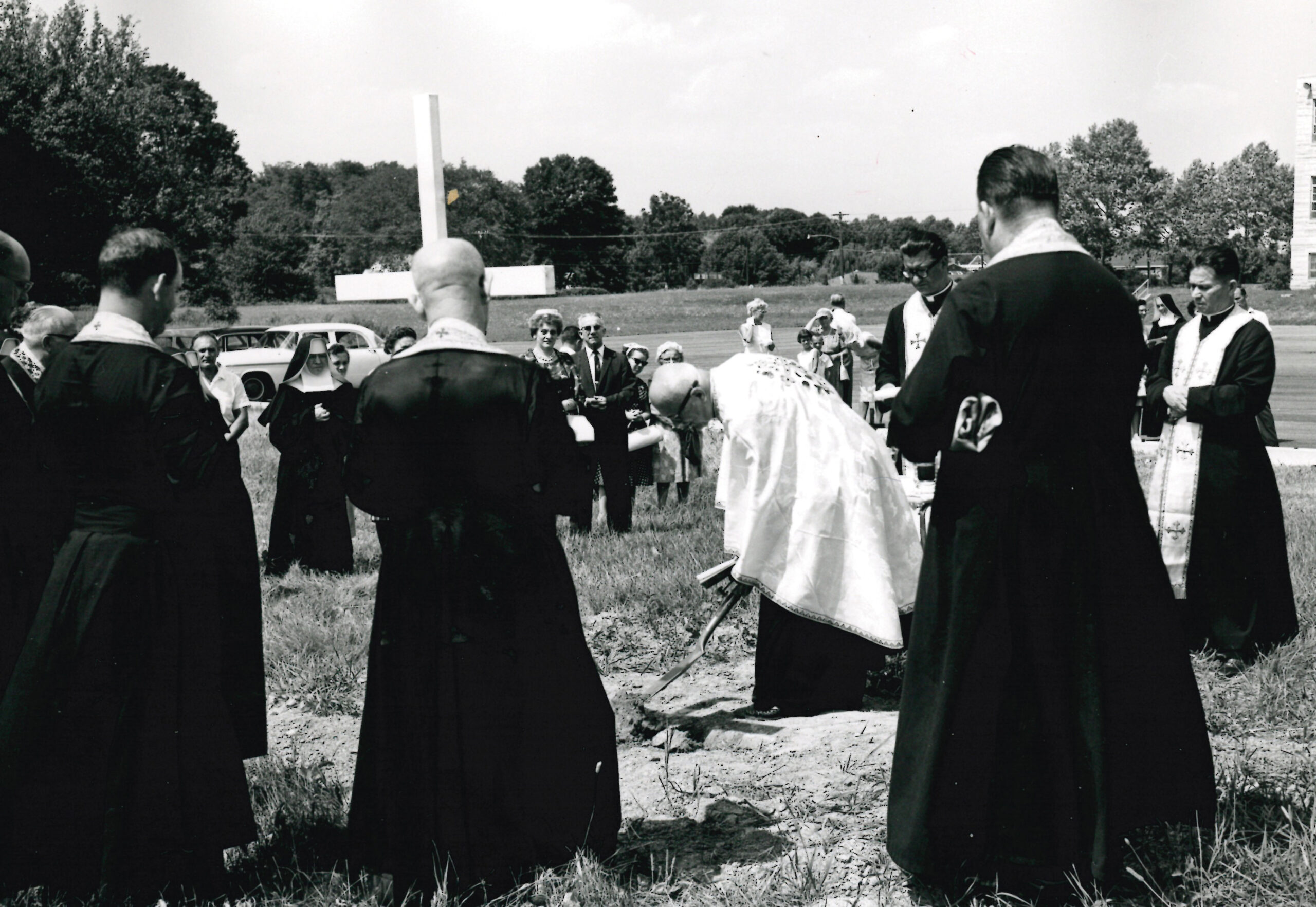 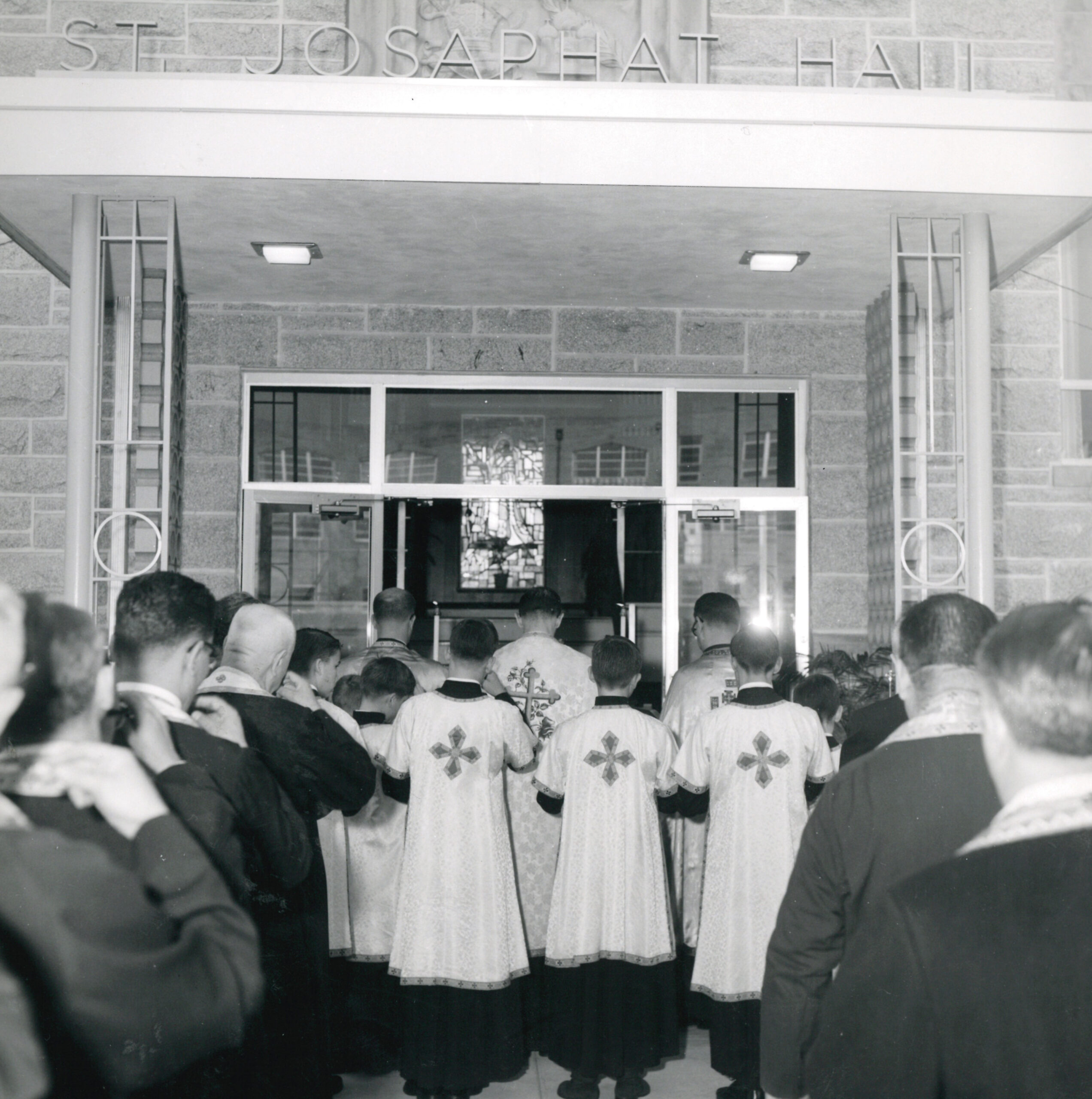 Just over a year later, St. Josaphat Hall opened its doors to new students. At the time, the dorm could accommodate up to 102 students. 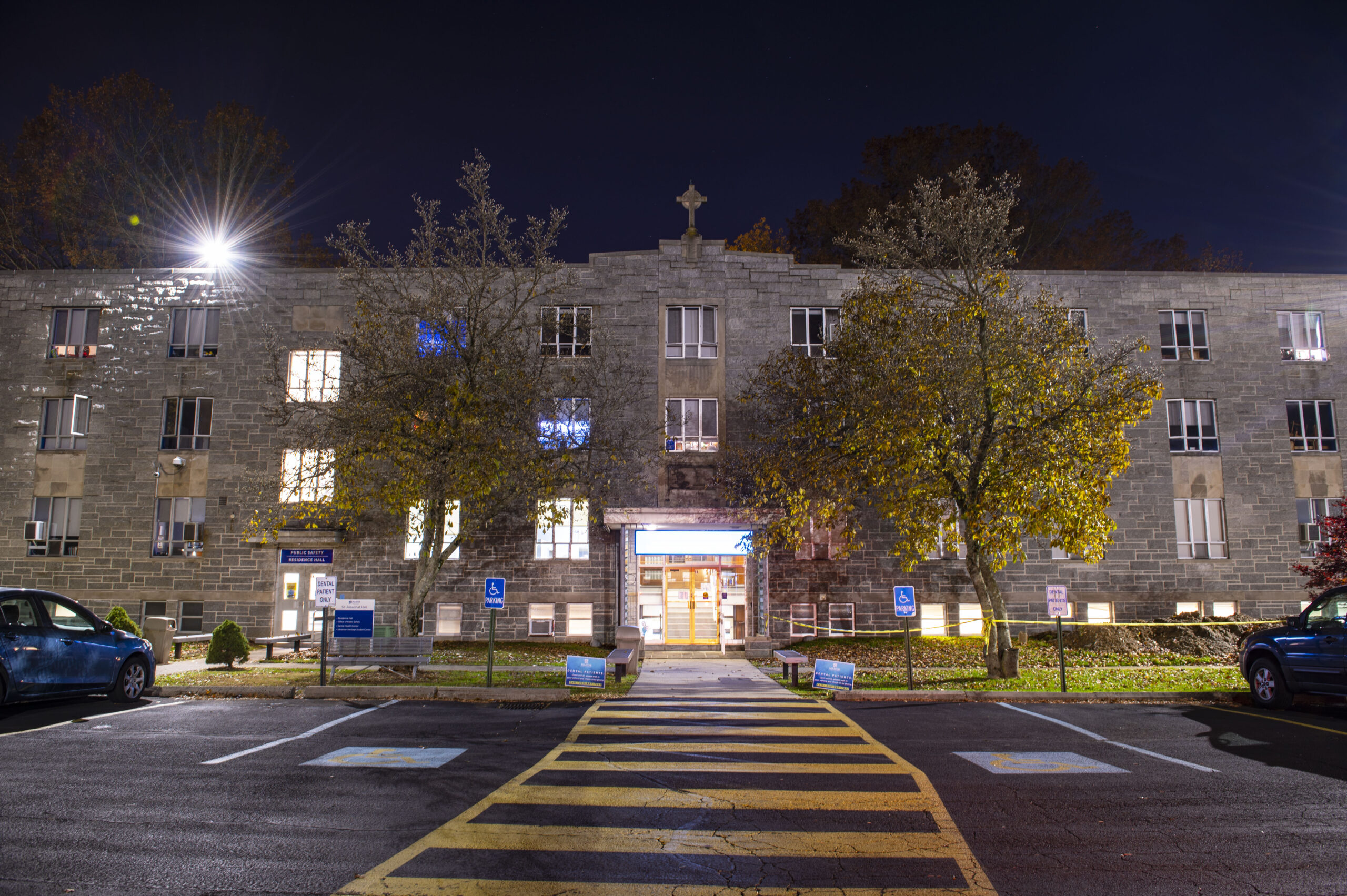 Today, St. Josaphat Hall continues to serve as the dormitories of Manor College. In addition to the home of some Manor College students, its also become the location for two Manor College staples. In 1977, the Ukrainian Heritage Studies Center opened on the second floor, followed by the Dental Health Center in the basement two years later. 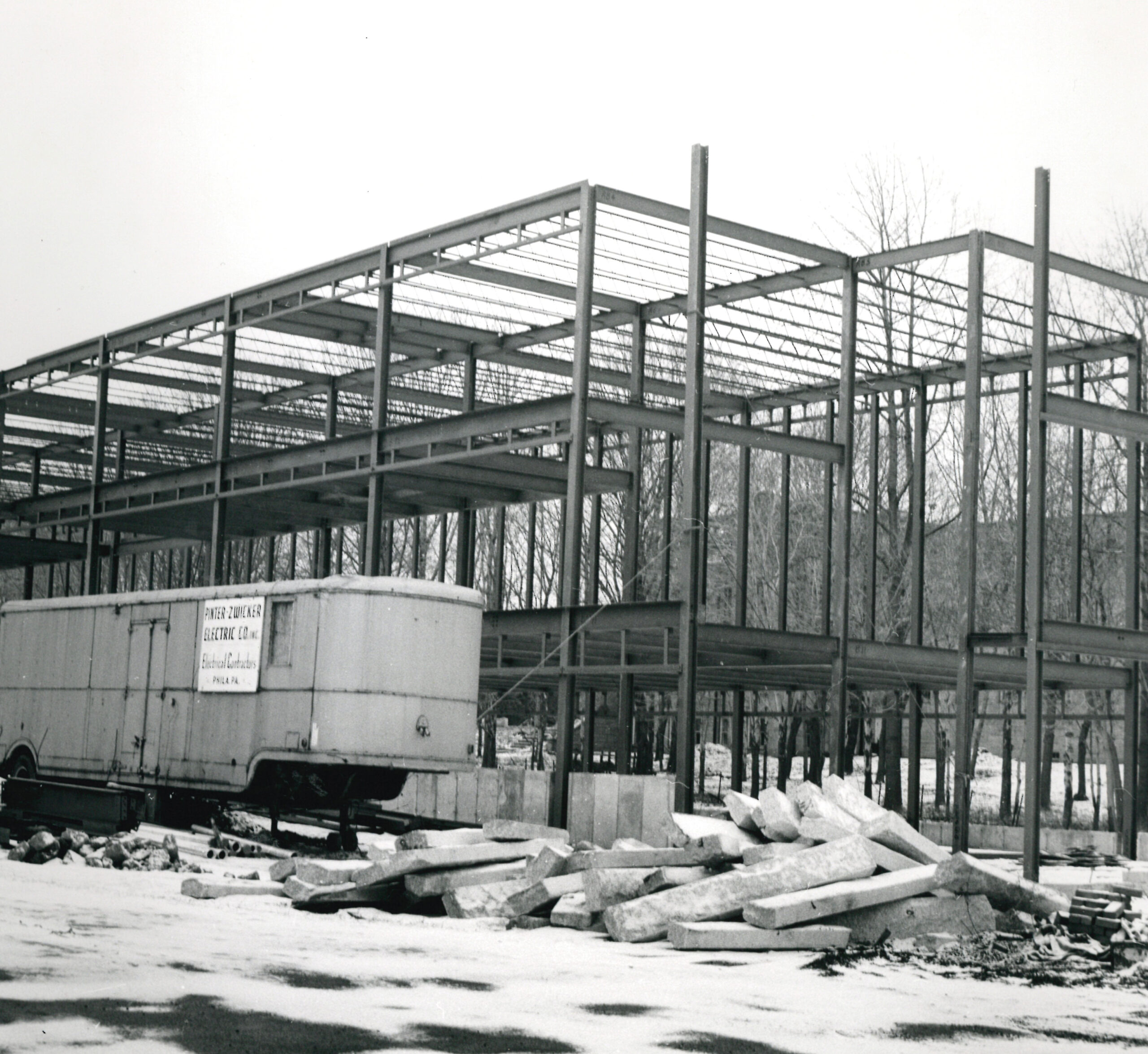 The final piece in Manor College’s puzzle began to take shape in 1967 as crews began to build the Basileiad Library on the east side of campus. 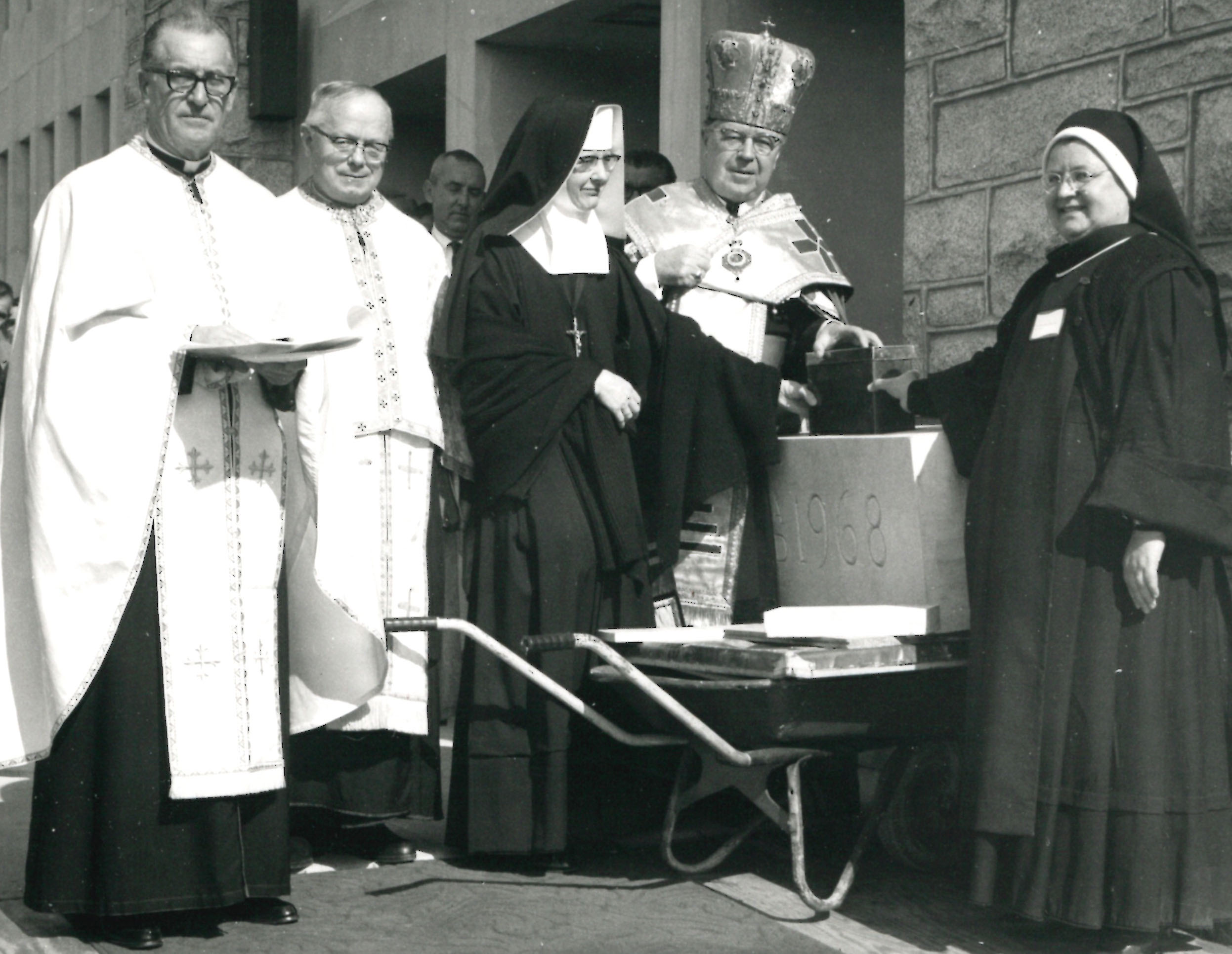 The cornerstone of the Basileiad Library was laid at a former ceremony on March 23, 1969. Mother Jerome Roman, the president of Manor Junior College from 1964 to 1970, laid the stone with Mother Carmela Pazdrey, a principal contributor to the library’s establishment.

Here’s a view of the Basileiad Library shortly after its completion in 1969. 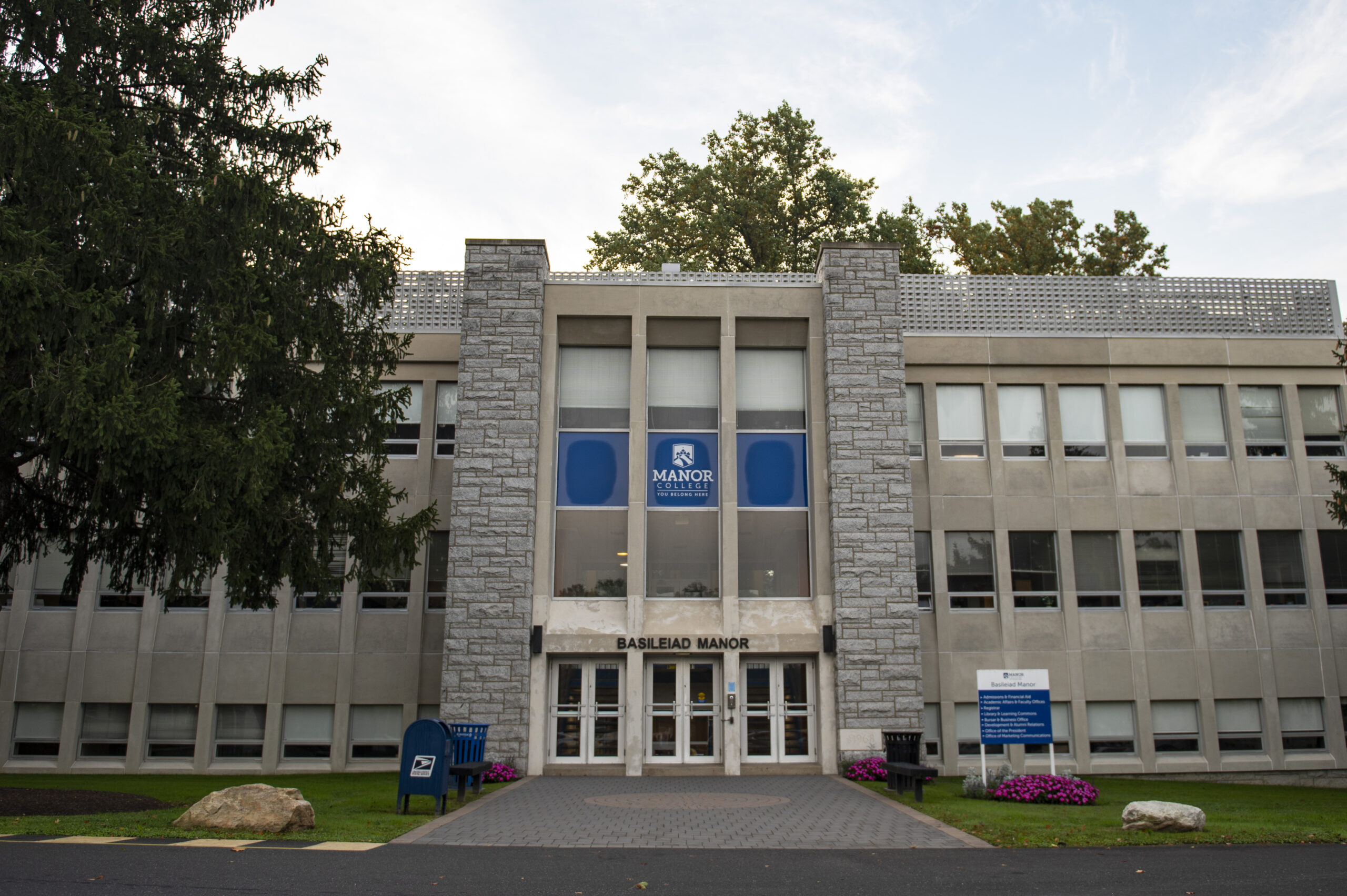 Today, the library remains a key part of the Manor College experience. It serves as home to staff offices and meeting rooms, and the library’s lecture space remains a highlight, with dozens of speakers giving lectures in the spacious area. 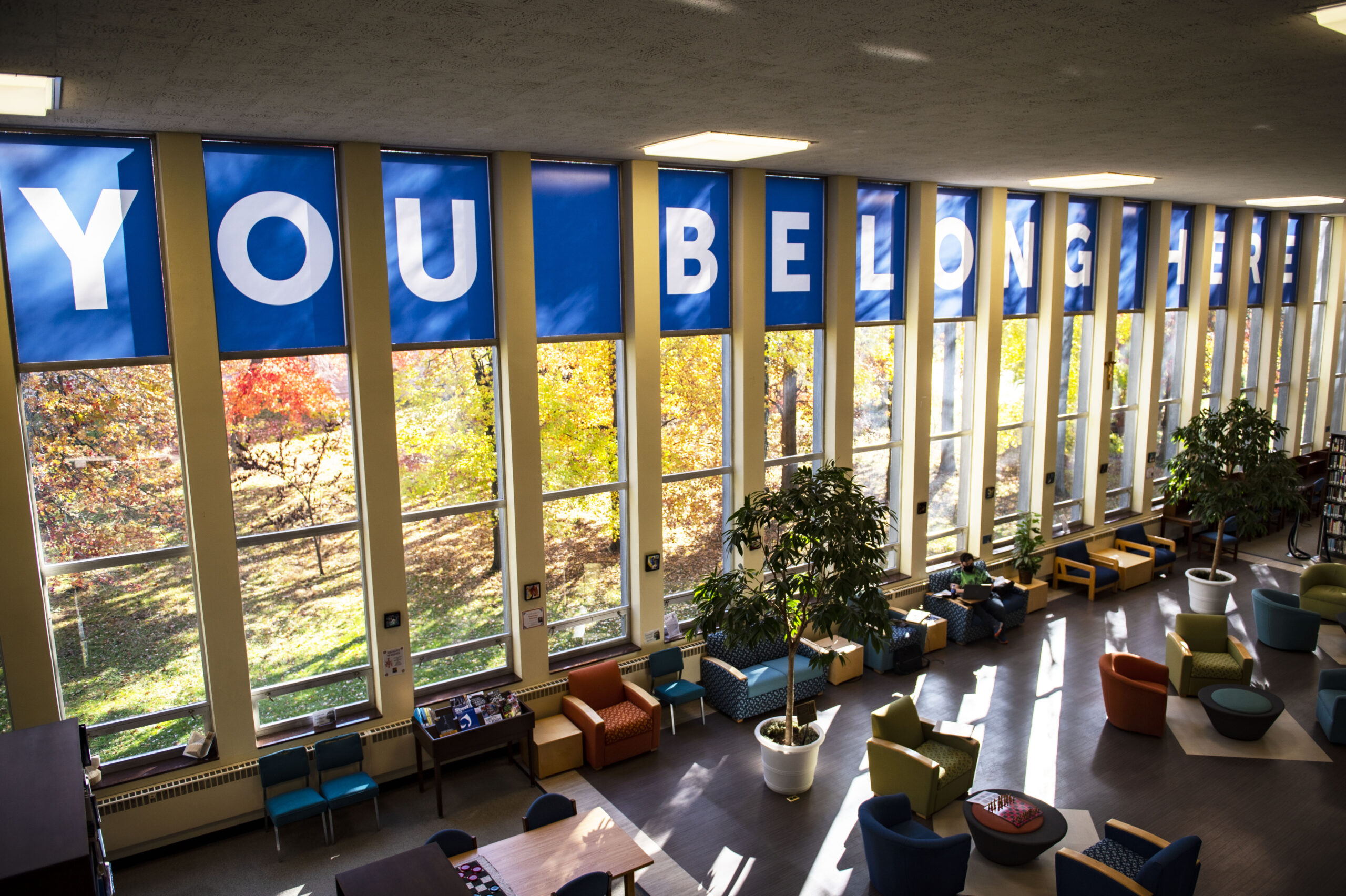 In 1969, the large windows of the library were seen as a physical trademark that set the library apart from other campus structures. We believe it remains that beautiful today! 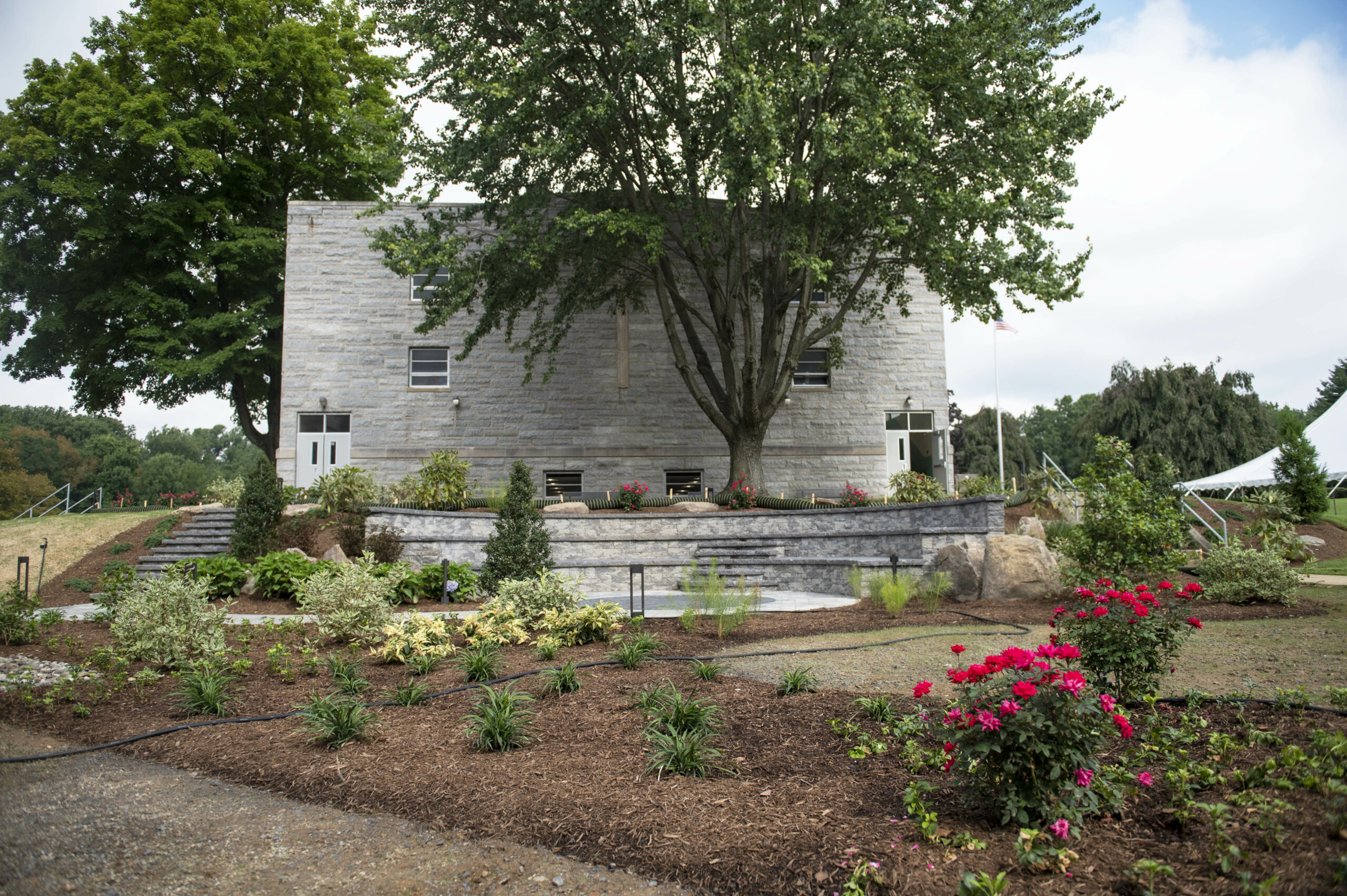 One of the newest features of Manor College is the creation of an outdoor classroom near the driveway into campus. Completed in 2021, it’s grown into one of the more picturesque spots on campus.