Dempster stated, “Manor College has been a part of my life for 25 years now.  Manor is my heart and soul. Through the years, I have learned so many things from the great people around me; I’ve always had a passion for sports and now I get to show that passion everyday in a place that I love.  I want to thank God for this opportunity.  Go Blue Jays!”

In regards to his vision for the program, Dempster said, “I want to see our teams contend at the highest level. I want to see growth, sportsmanship and humility within our athletic family.  I want our student-athletes to graduate from this institution knowing that attending Manor College was the best decision of their lives.”

The athletic program at Manor College has been very successful this year.  The men’s basketball team is currently ranked #14 in the NJCAA Men’s Basketball national rankings and has their eyes set on playoffs in March. 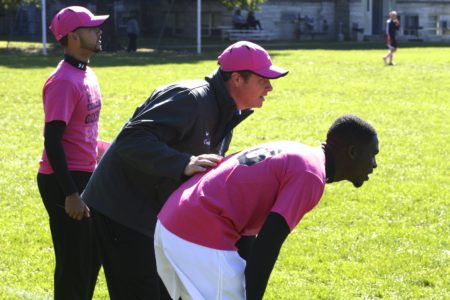