The entire leadership team of Manor College joins more than 60,000 Ukrainian-American neighbors in the Greater Philadelphia region and more than one million Americans who identify as Ukrainian to voice our serious concerns. 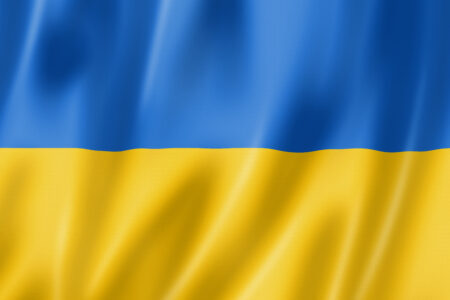 An atrocity has befallen Ukraine, but it is the global community that is under siege. On February 23, 2022, Russian forces once again invaded the sovereign nation of Ukraine. What other nation can be far behind?

In 1991 Ukraine declared its independence and closed a very old and painful chapter in its history.  The Sisters of St. Basil the Great, founders of Manor College, like all Ukrainian-Americans, celebrated with joy and thanked God for this deliverance.

The world is very different than it was and we are not so distant and disconnected nor insulated from what happens less than 5000 miles away anymore.  We are not so blind as not to see how an attack on one is an attack on all.

Moscow has a long history of denying Ukrainian culture and faith.  They banned our language, they liquidated our churches, they exiled our artists, killed our leaders and committed genocide against our people.  And now, they are trying to do it again.  But now is not then and we are not those who stood alone against the tyrannies of the past.  Moscow’s current aggression will have many repercussions from all over the world.

One fundamental difference between now and then is what has been built in the interval. The institutions, organizations and mechanisms that have been put in place in Ukraine and around the world were not there 100 years ago to help safeguard her.  In 1947 the Sisters founded Manor College in part to make sure that the Ukrainian spirit and national consciousness had a haven to flourish and grow.  We were built, in part, to make sure that the future is not just a regurgitation of past cycles.  We exist to give voice to those whose existence is imperiled.  The only institution of higher education built on the foundations laid down by the Ukrainian – Catholic Sisters of St. Basil the Great that serves to educate all and be a sanctuary for Ukrainian-Americans whose existence was a struggle for recognition in the consciousness of the world.

The entire leadership team of Manor College joins more than 60,000 Ukrainian-American neighbors in the Greater Philadelphia region and more than one million Americans who identify as Ukrainian to voice our serious concerns. In unity, we offer our support and services toward bringing resolution and peace to the region in a framework that ensures the freedom and self-determination of all people.  Manor College has always been supportive of Ukraine’s sovereignty, independence, and territorial integrity.  We encourage you and all our elected officials to promote the commitment to worldwide harmony that is essential to restore order, protect innocent lives, and stand with truth against aggression.