This year, several events that traditionally happened during the spring were combined into one Blue Jay Weekend in order to unite the Manor College community in school spirit. 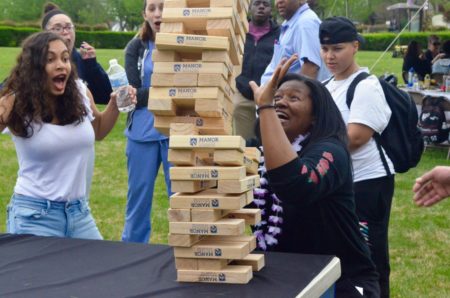 The week started with the Graduation Prayer Service and the graduation picnic. Students, faculty, and staff came together and enjoyed picnic-style food and numerous games and activities, including a bounce house race, giant Jenga, and a photo booth with props.

On Friday, everyone got into school spirit for “On Fridays, We Wear Blue.”

Accepted Students Day followed, during which new students, along with family and friends, were introduced to faculty and staff, toured the campus, and participated in numerous fun activities – DJs played music while current students helped serve cotton candy, and everyone had a chance to spin the prize wheel. Vice President of Admissions Stephanie Walker confirmed that it was a highly successful event, with a high yield of students committing to Manor.

The weekend wrapped up with the Athletic Reunions, with soccer, volleyball, and basketball alumni returning to campus to catch up with old friends and play several competitive games along with current students. 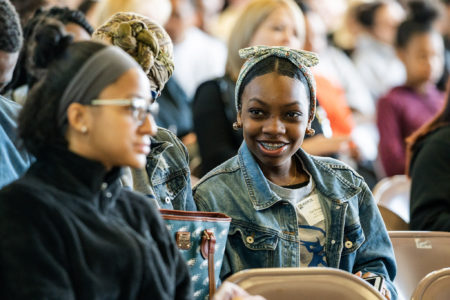