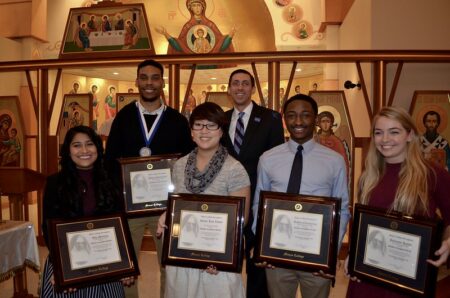 Founders Day has been an annual tradition for Manor College ever since 2003 when President, Sister Mary Cecilia Jusrasinski, OSBM started the event as a way to memorialize the founding of the college in a significant way. We talked to a few retired and current members of the Founders Day Committee to hear their perspectives on this day and event over the past 19 years, here is what they had to say.

“The first Founders Day was a result of Frank Farrell working with Sister Cecilia on the appropriateness of acknowledging the role and importance of the Sisters establishing the college and the ongoing work they were doing.  The day involved a noon event, a liturgy and then an evening reception in the ‘Yellow House’ which served as the first college building for a small number of women students,” says Jane Zegestowksy, Manor College Board of Trustee member, retired Manor College professor and former Founders’ Day Committee member.

Founders Day quickly grew from a relatively small day of celebration of the Sisters of St. Basil the Great for being pioneers of their time and founding Manor College, to a day of recognition where Manor focused on acknowledging the role the whole Manor community played in determining who we were and what we did. Awards became included in the day with the inclusion of the Educator of the Year Award, a prestigious, student nominated award given to a faculty member and the Mother Josephat Medal for students, an award based on character, exhibiting a responsible lifestyle, evidenced through Reverence, Respect and Service to the community.

The liturgy service changed to include students into the celebration, and the evening reception started to include live music and dancing and at times inviting both present and past members of the Manor Community.

Chrystyna Prokopovych, Curator of the Ukrainian Heritage Studies Center reflects saying, “The year I enjoyed the most was 2007. We did six decades of Manor history. The morning program included displays of Manor photos and documents through the years. We also had a display of things that were important or popular during each decade, like troll dolls, Barbies, record albums, old computer hard drives, and more. This was fun to put together and the students seemed to enjoy the displays.”

Zegestowsky says, “I think a very significant movement was Founders’ Day being moved from being a recognition of the founding sisters to recognizing that by establishing the college, the sisters also established a community that lived out the social doctrine of St Basil the Great, that God entrusted the stewardship of the goods of the earth to a number of people who were intended to share them with others.  This led to the inclusion of community service aspects of the event – book collection for prisons, food donations, clothing donations and eventually collecting for our own Bird Feed as the annual charity drive.” 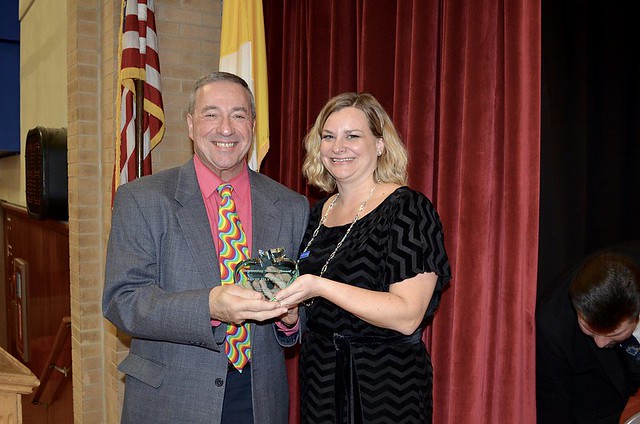